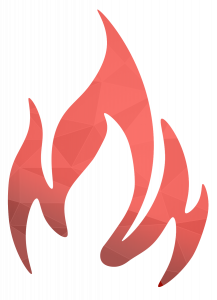 A growing and thriving community of Christian faith, hope and love where everyone is welcome.

We are joy-filled missionary disciples: fed by the Eucharist, growing in holiness, and taking the Gospel and love of Jesus Christ to the people of Waimakariri.

Join us via our YouTube channel for our livestream Mass on Sunday morning with Fr John and Fr Tien. The livestream will begin from 9:25am.

The Sacrament of Reconciliation is available at anytime by approaching a priest.

Letter from the NZ Bishops’ Conference on the resurgence of Level2

If You Had FAITH

“Without faith, it is impossible to please God, for whoever would approach him must believe that he exists and that he rewards those who seek him” (Hebrews 11:6).   Faith has many layers of meaning, but still, the most fundamental purpose of faith is to believe or not to believe in God. At some points in one’s life, one must decide with a commitment that one is either a believer or a non-believer. The ones who believe in God live according to the teaching of God, and the ones who do not believe in God do not live according to the way of God.   People also say that the one who used to believe in God, but now he or she no longer believes in God is known as the one who has lost his or her faith. The ones who believe in God, but do not practice their faith regularly are normally called ‘lapsed Catholics’ or they are ‘slack.’ Someone who did not believe in God before, but now has come to believe in God is called a new believer or a convert who had received a conversion.   We also hear about many different types of faith among the Catholics who believe in God, some are called, ‘Traditional Catholics,’ others are called, ‘Conservative Catholics’, some others are called, ‘Liberal Catholics,’ or ‘Progressive Catholics,’ and among these, there are also others who are called, ‘staunch Catholics,’ etc. The reality is that all these categories are present in our parish, and fortunately, we live together side by side. This is the mystery of faith, and we have a mystery among us. With our Catholic faith, we have our differences, but let us never take this for granted, because it is Christ that unites us together.   In today’s Gospel, Jesus said that even if our faith is as small as a mustard seed we could say to a mulberry tree, “be uprooted and planted in the sea,” and it would obey us. Thus, even if we had little faith, there is no limit to what we can do, because we believe in God who is great.     During the month of October, we are focusing on Evangelisation and hope to better enable our parish in sharing our faith. We will…  Have a focus on sharing faith in our Sunday homilies   Focus on sending people out during the final blessings at Mass   Include a written testimony in each weekly bulletin  Have testimonies after Mass some weeks   Circulate a handout on Evangelisation with our bulletin this week   Begin RCIA next Wednesday evening   Offer healing prayer after Mass on Sunday 9 October   Begin the Sharing Christ series on Wednesday 12 October   Fr Tien Cao

Designed by Catholic Diocese of Christchurch